The extreme heatwave this summer put additional pressure on the Polish power system. Energy planners and policy makers should no longer just be worried about power outages in winter, argues Michal Olszewski. Summer heat could be just as disruptive.
By Michał Olszewski

Rebecca Harms, the president of The Greens/EFA group in the European Parliament, has commented on the Energy Union project proposed by the then Prime Minister Donald Tusk. In an interview with EurActiv Poland, she introduces a green perspective into the discourse on the project and ponders on its impact on Eastern neighbours as well as climate change. 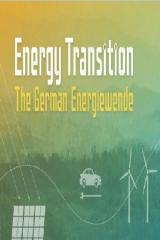 Germany has drawn a lot of attention for the Energiewende - the aim to switch to a renewable energy economy, phase out nuclear power and leave fossil fuels behind. But what exactly is the German energy transition: How does it works and what challenges lay ahead? Please explore the special multilingual web dossier with a comprehensive report, glossary, interactive blog, mediabox. This website is intended to provide facts and explain the politics and policies to an international audience (available in seven languages, inc. Polish). The report highlights the effects of the Energiewende on the German economy, environment and society and addresses the most important questions.

In the course of the EU election campaign, the Polish Prime Minister Donald Tusk presented his vision for a European Energy Union, which is supposed to end European dependence of Russian gas, which he identified as the essential problem of European Foreign Policy in the Ukraine-Crisis. However, it encountered immediate criticism from green politicians. "Tagesspiegel" published  an article "Polen will die EU unabhängiger machen" ("Poland want to make the EU independent) (in German), where strong and weak sides of the proposition by Tusk are thorougly analyzed. Green voices are represented by Irene Hahn-Fuhr, director of the Heinrich-Böll-Foundation in Warsaw, and Rebecca Harms, Co-President of the Greens/ EFA in the European Parliament.
By Irene Hahn-Fuhr