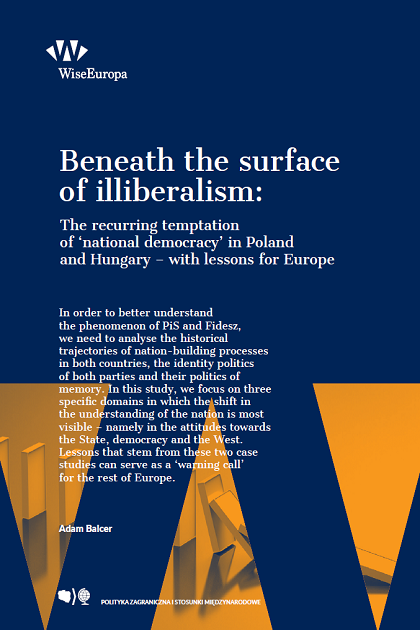 Beneath the surface of illiberalism: The recurring temptation of ‘national democracy’ in Poland and Hungary – with lessons for Europe

This report analyzes the historical trajectories of nation-building processes in Poland and Hungary, the identity politics of both parties and their politics of memory. It discusses three specific domains in which the shift in the understanding of the nation is most visible – namely in the attitudes towards the State, democracy and the West.  It finishes by formulating lessons that stem from these two case studies and can serve as a ‘warning call’ for the rest of Europe.