On Cologne, #Einearmlaenge and the Instrumentalization of the Feminist Movement 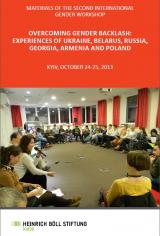