The Baltic Sea region can be the role model for the rest of Europe and provide an example of how to deliver a truly regional renewable energy onto the power market. This is what the was agreed among the participants of the policy breakfast organised in the European Parliament on the 1st December following the publication of the European Commission’s winter package.

The event, hosted by Jerzy Buzek from European People’s Party group and Claude Turmes from the European Greens and supported by the Heinrich Boll Foundation, the Baltic Offshore Wind Forum and the Polish Wind Energy Association, attracted the attention of Members of the European Parliament and of Permanent Representatives from the Baltic Sea region.

The Baltic Sea region has already built a strong platform of cooperation with the Baltic Energy Market Interconnection Plan. It is in fact one of the better integrated regions in Europe, with Nordpool as the joint trading platform. The next step is to develop the existing potential for wind power. The Baltic Sea region enjoys one of the best wind potentials in Europe, with better wind power outputs than the North Sea. However, it has not been developed to the same degree as the North Sea. Offshore projects with a potential of 28-30 GW are in various stages of development though, with Swedish, Polish and Estonian investors leading the way. It must be admitted that the region needs significant infrastructural developments to fully synchronise the Baltics with the European power system and accommodate significant amounts of renewable energy. These two processes should be linked in order to optimise regional developments and increase the security of supplies in all countries in the region. In fact, the concept of a meshed Baltic offshore grid should be analysed in this context.

- The proposals are relevant to at least three pillars of the Energy Union: the internal energy market, interconnections for better integration of renewables, and the gas market backing up the integration of intermittent renewables. We have made major progress on the gas market interconnection in the region and now it is time to focus on the integration of renewable energy and power markets. These processes should be simultaneous – said Jerzy Buzek, Chairman of the Committee on Industry, Research and Energy in the European Parliament.

Participants of the event discussed the role of renewable energy in this process, as well as the steps needed to facilitate offshore wind developments. Paula Abreu - Marques, Head of the Unit for Renewables at DG Energy, suggested energy and climate plans to be published by 2018 could be a good way to start developing practical solutions in the region.

- We need positive stories. BEMIP, as a renewable energy cooperation platform, could be a success. Poland has a fantastic opportunity to transform its power sector based on wind and solar energy; this would be for the common benefit of its regional neighbours, including the Baltic States, which need to be resynchronised with the EU power market - concluded Claude Turmes from the Greens. 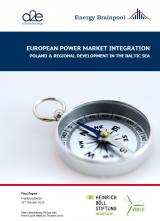 The goal of this study is to show the impact of the energy transition and of the market design change in Germany on the competitiveness of the Polish power market. The analysis discusses how to increase security of supply by strengthening the Polish market with low-cost, high-efficient and environmentally friendly solutions as well as qualifies the value of closer cooperation between the German and Polish power markets.

“We’ll always have Paris”. Assessment and implications of COP 22

At the UN’s COP 22 climate conference in Marrakech, the international community closed ranks despite (or perhaps because of?) the election of Donald Trump as the next U.S. president. Thanks to its swift ratification by currently more than 110 countries, negotiations on the technical implementation of the Paris Agreement could begin. The pace must increase significantly, however, if the 1.5°C limit is still to be met. 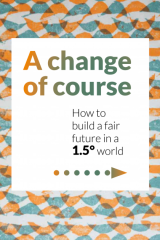 In Paris in December 2015 the parties to the UN Climate Convention agreed to keep global warming „well below“ 2 degrees Celsius by 2100. This booklet presents alternatives of how we can stay within the 1,5 degree limit and achieve climate justice and sustainable development.