On the weekend of June 16th–17th 2018 in the city of Łódź, the 10th Women’s Congress took place under the main slogan “We Want It All – our Life and our Rights!”. For many years now, the Heinrich Böll Foundation has been one of the Congress’ main partners, so we couldn’t miss out on this one as well. This time, we were keen to offer a discussion that would combine the question of women rights and ecological issues.

Just as in previous years, the Congress provided ample opportunity to take part in multiple debates, workshops, meetings with authors and films screenings. Participants talked about politics, protest movements, economy, culture, health and education issues. A special focus was on the 100th anniversary of the successful battle for women’s voting rights and the current attempts to deprive them of their self-determination in respect of sexual and reproductive rights. Apart from the usual Green Center initiative carried out by our partner organisation, the Green Zone, Congress participants could also take part in the special panel “Women as the Leaders of Change”, where we brought up the question of women’s activities in Silesian grassroots ecological movements.

The panel was an opportunity to present our newest publication “Women’s Silesia: Tradition, Activism and Ecology”, the outcome of more than two years of field studies conducted by a female research team of Collegium Civitas. 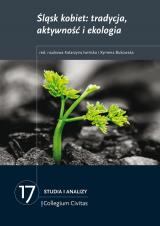 The report tells the story of Silesian women and the recent changes in their ways of thinking, acting and living in a region whose intense last 200 years of development were driven by the heavy metallurgical and mining industry. Those new socio-cultural, economic, political and civic processes are experienced and performed by some of those women right now, affecting their identities, families and practices, and their perception of environmental, ecological and energy-related issues.

The following discussion involved Dagmara Kubik and Anna Miczka-Klosa, Silesian activists engaged in women’s empowerment and the promotion of ecological initiatives, as well as Dr Katarzyna Iwińska and Dr Xymena Bukowska, sociologists and co-authors of the report.

As was pointed out by the panelists, Silesia could be considered a microcosm of Poland itself, with the traces of crucial socio-economic changes and the clash of modernity and conservatism being clearly visible in a region – it may come as a surprise, but it is in Silesia that the greatest number of Local Smog Alarms (LSA – as much as 12) has been set up. Women have always been the central actors in those processes, on the one hand falling victim to the energy industry’s transformation (with the resulting exclusions and an urge to rapidly enter the job market); on the other hand, this offered an opportunity for emancipation and a source of motivation to act up and revise traditional gender roles.

What turned out to be one of the most important reasons for Silesian women to engage in grassroots initiatives, was the need to live and act together as a community. Local movements have a lot of small “down-to-earth” objectives, such as patching a hole in the road or fixing a park bench, but a community that is set up through the taking care of such tasks is not a mere tool, but also one of the main goals to be achieved – a fact especially important in such region as Silesia where uncertainties and the lack of stability taint the public uptake of the post-coal future. In times like these, the feeling of belonging is more essential than ever, and is reflected in various initiatives, such as the city of Katowice’s seniors’ “happening” about air pollution.

Another conclusion reached in the panel was the fact that although women are significantly present in the structures of local and ecological movements, men still dominate, especially in leadership roles. As Dagmara Kubik, the representative of Katowice’s LSA pointed out, women still act as organisers, rather than experts. In order to change that, two issues have to be tackled – firstly, expanding knowledge and technical competences, which, when lacking, tend to restrain women from taking the floor. What is equally important is a supporting approach to soft skills, such as self-confidence. It is not rare for men to take over leading roles without even having the appropriate knowledge, and gaining the necessary skills later on. Women, on the other hand, tend to feel that they need to educate themselves first, worrying that climbing above the local structures will throw them into the political frenzy, and as a result diminish their social capital.

Just as in Silesia, the spirit of community and empowering sisterhood was palpable at the Congress. We hope to see you at next year’s event!