Discussing the future of nuclear industry in Poland

Over the last year Poland has observed a renewed interest in an idea to develop its civil nuclear program. With the translation of the World Nuclear Industry Status Report (WNISR) and organising the visit to Warsaw of Mycle Schneider, its lead author, hbs Warsaw and the Institute for Sustainable Development decided to bring international experience with nuclear energy to the debate about the future of Polish energy system. The visit took place in the first days of March. Exactly at the time when the coronavirus crisis has reached Poland.

WNISR is a yearly publication presenting a comprehensive overview of past experience and trends in the world nuclear industry. It looks into the facts about the state of existing fleet of reactors, number of units under construction, their costs and delays. This years’ edition placed special focus on the question of how much the nuclear energy can be an answer to the climate crisis.

Mycle Schneider held in Warsaw a series of meetings. The question of climate was present on all of them, but it was the most lively debated on the meeting with climate activists. According to the expert the past and the latest experience is daunting. Nuclear power plants are too slow and too expensive to build to be an answer the need for urgent change the way we produce and consume energy.

This issue is especially relevant in Poland with its 80% of electricity produced from coal. Hardly anyone, including the current government, believes that this state can last for long. Therefore the search for alternatives is intense. To stay within the limits of Paris agreement all the EU countries should get out of coal no later than 2030. According to Schneider with no technology, location or financing plant decided for the planned Polish nuclear plant by this date it is not possible to put online even one reactor.

The most heated discussion took place in the Polish Parliament, where Urszula Zielińska Polish Green MP invited Mr. Schneider to deliver a lecture. The audience consisting of both proponents and opposition to nuclear energy heard and extensive story of the rise of the industry in 70’s and slow decay since then. In the mid 2019 there are just 46 reactors under construction worldwide – compared to 246 in the best days of the industry 40 years ago.

The discussion after the lecture, among other, focused on the German experience. Part of the audience was attacking the decision to close nuclear power plants in Germany, while the gas use increases in the last few years. The expert was explaining that the electricity from closed plants is being primarily replaced by renewables, but criticized some aspects of German practices: insufficient ambition in energy efficiency, too high export of fossil-based electricity and too slow coal exit, especially from lignite - the dirtiest sort of coal.

On the next meeting with a group of energy experts hardly anyone believed that Polish government will be able to deliver a project of constructing a nuclear power plant anytime soon. Therefore the debate focused on the shape of future energy system. Proponents of new flexible system consisting of millions of decentralised suppliers, demand response and deep efficiency described a need to radically shift the focus of energy planning and investment paterns.

The morning Mr Schneider meet Polish media was exactly the day, when the news of the first case of coronavirus on Polish soil broke out. Public attention naturally shifted to this topic, but despite this Schneider managed to appeared in mainstream media. Among others he got interviewed for the conservative business daily Rzeczpospolita and TokFM information radio.

Hardly anyone believes in construction of the nuclear power plant in Poland. It is so mainly due to its prohibitive cost compared with much cheaper alternatives: wind and solar energy. Despite this the topic of nuclear energy continues to the be highly divisive among Polish media, movements and politicians. Theretofore the publication of the translation of the World Nuclear Industry Status Report is an important and timely contribution to the Polish public debate allowing to ground it in the international experience. 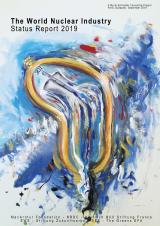 the English publication and the Polish translation.