Crypto on both sides in the Russia-Ukraine war

Article
Some have labelled Russia’s war against Ukraine “the world’s first crypto war.” That might be overstating matters, but cryptocurrencies are certainly having an impact on Russia’s invasion of Ukraine.
By Jennifer Baker

Analysis
The introduction of an oil embargo could significantly increase economic pressure on Russia. While the effect of an embargo on Russian military capabilities over the coming months would be minimal, it is unclear at present how long the war will last and whether it will spread beyond Ukraine. In the worst case, the West is currently financing a future war against itself.
By Dr. Janis Kluge 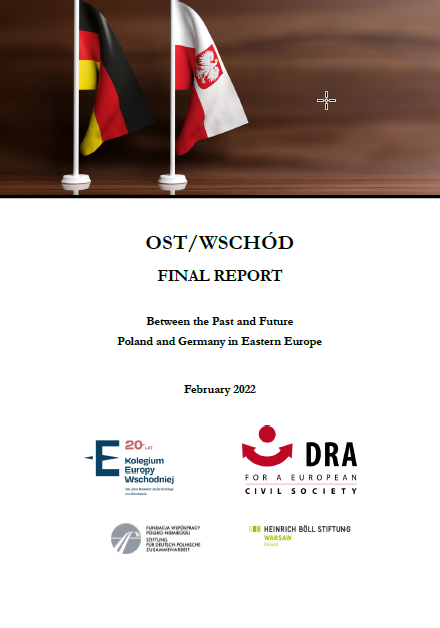 The report “Between the Past and Future. Poland and Germany in Eastern Europe” published in the framework of the project “German-Polish Roundtable on the East”, implemented in cooperation The Jan Nowak-Jeziorański College of Eastern Europe, by diving deep into Polish and German policies towards Eastern Europe, details why a good cooperation between the countries is needed to effectively respond to the emerging challenges and opportunities in the region (Belarus, Moldova, Ukraine). Furthermore, authors offer a set of concrete recommendations on how to overcome the existing Polish-German tensions and improve cooperation regarding the eastern dimension of their (foreign) policies.

Ukraine: Germany is not to be relied upon?

Commentary
Ukraine is facing a challenge that could threaten its very existence. It is relying on negotiations, sanctions and its army and needs solidarity and assistance from all European democracies.
By Johannes Voswinkel 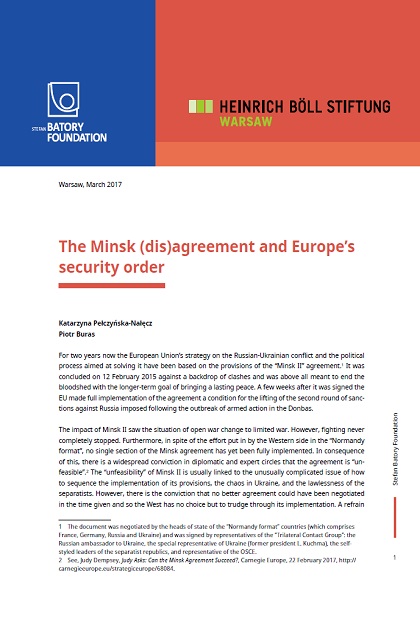 The annexation of Crimea by Moscow, and then the provocation and support of the separatism in Eastern Ukraine were the beginning of an ongoing armed conflict. Two years ago in Minsk an agreement was made whose official objective was to restore peace in Eastern Ukraine. The analysis outlines the significance of this conflict in the context of discussions on the model of European security and of Russia’s policy on the West. The authors present the risks associated with the process of implementing the Minsk agreement and conclude with several conclusions for EU policy.

Shrinking – closing – no space: Governments across all continents villainize civil society actors. Where does their sense of threat emanate from?
By Barbara Unmüßig

In the course of the EU election campaign, the Polish Prime Minister Donald Tusk presented his vision for a European Energy Union, which is supposed to end European dependence of Russian gas, which he identified as the essential problem of European Foreign Policy in the Ukraine-Crisis. However, it encountered immediate criticism from green politicians. "Tagesspiegel" published  an article "Polen will die EU unabhängiger machen" ("Poland want to make the EU independent) (in German), where strong and weak sides of the proposition by Tusk are thorougly analyzed. Green voices are represented by Irene Hahn-Fuhr, director of the Heinrich-Böll-Foundation in Warsaw, and Rebecca Harms, Co-President of the Greens/ EFA in the European Parliament.
By Irene Hahn-Fuhr

The war which has changed Poland. Polish and German involvement in Afghanistan

Ten years after the begin of the Afghanistan intervention we invite you to a debate about the consequences of the mission from Polish and German perspective.

How to deal with Iran?

The question posed has never been easy to answer and is hardly more timely. The Heinrich Böll Foundation Prague and the Association for International Affairs (AMO) jointly organised the International conference “How to deal with Iran?” and a series of side events (13 - 15 April) which discussed current developments in and around Iran.